Zotac GPUs are at their lowest prices ever for Cyber Monday 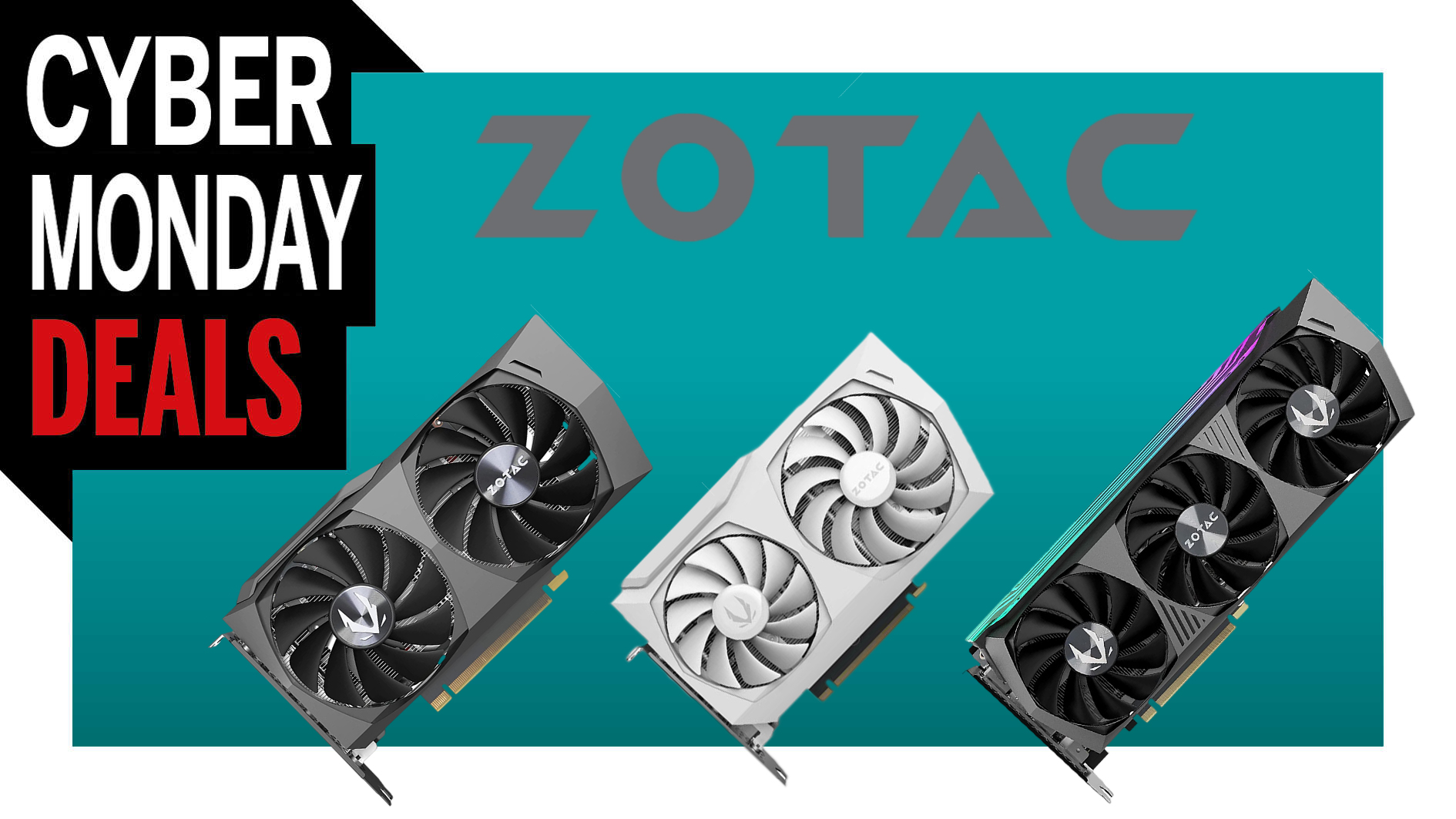 Zotac just dropped the prices on a bunch of its graphics cards for Cyber Monday. Whether you are going for a budget build with an RTX 3050 or want to push 4K gaming with an RTX 3070 Ti, Zotac has a handful of options at their lowest prices ever.

The graphics card sales (opens in new tab) for Cyber Monday have been pretty good, but the prices still hover around MSRP. Zotac’s cards are the same way. The best deal here is the RTX 3060 Ti Amp White. It’s both a nice aesthetic pick and sweet spot for performance and price. The 1,755MHz boost on it is a nice addition if you want to get a little closer to maxing 1440p games out.

We’ve gathered all the Zotac GPU deals below and will keep this updated as we near Cyber Monday proper.

What are the best Black Friday Zotac GPU deals?

The RTX 3060 range of graphics cards has a couple of good Zotac options right now. Your big choice here is between 8GB of DDR6 VRAM or 12GB. More VRAM will help you crank up graphics settings, especially at 4K. Both cards will do great with 1080p and 1440p games, if that’s all you aim for.

In the RTX 3050 arena, there’s really only one card at its lowest price. The Zotac RTX 3050 Twin Edge OC nudges right under where you’ll find 3060s at. If you are a tight budget and want a card that will fuel games at 1080p, I’d consider this.