Silver price soars more than 2% following a “dovish” perceived speech by the Federal Reserve (Fed) Chair Jerome Powell, who laid the ground for lower rate hikes Wednesday. The United States (US) economic docker revealed mixed data, undermining the US Dollar (USD), as shown by the rise of precious metals and most FX peers. At the time of writing, the XAG/USD is trading at $22.55.

Upbeat sentiment, dovish Fed, and mixed US data weighed on the US Dollar

Traders’ mood remains upbeat after Powell’s speech. The Federal Reserve Chair said that “the time for moderating the pace of rate increases may come as soon as the December meeting,” spurring US Dollar weakness and sending Silver prices up. He added that most Fed policymakers would not want to “overtighten,” stating that he does not want to cut rates soon.

Data-wise, the Institute for Supply Management (ISM) revealed that manufacturing activity in the  United States fell to 49.0 below 49.2 estimates and trailed October’s 50.2 reading, the lowest since May 2020. Usually, when the ISM Manufacturing PMI drops below 50, activity is in contractionary territory. However, lower readings would help to tame inflation, though it opens the door for a recession.

Earlier, the US Department of Commerce (Doc) revealed that the Fed’s preferred inflation gauge, the US Core Personal Consumption Expenditure (PCE), rose by 5% YoY, below the previous month’s 5.2% reading, and aligned with consensus. At the same time, the US Department of Labor (DoL) revealed that Initial Jobless Claims for the week ending on November 26 rose by 225K, below the expected 235K by analysts and less than the previous week’s reading.

From a daily chart perspective, the XAG/USD is upward biased, trading above the daily Exponential Moving Averages (EMAs). After bottoming around the year-to-date (YTD) lows of around $17.56, the white metal followed an upward trajectory, which initially failed to clear the October 4 swing high of $21.23. Still, once cleared, XAG/USD hurdle the $22.00 psychological level. That said, the Silver price path of least resistance is upwards. 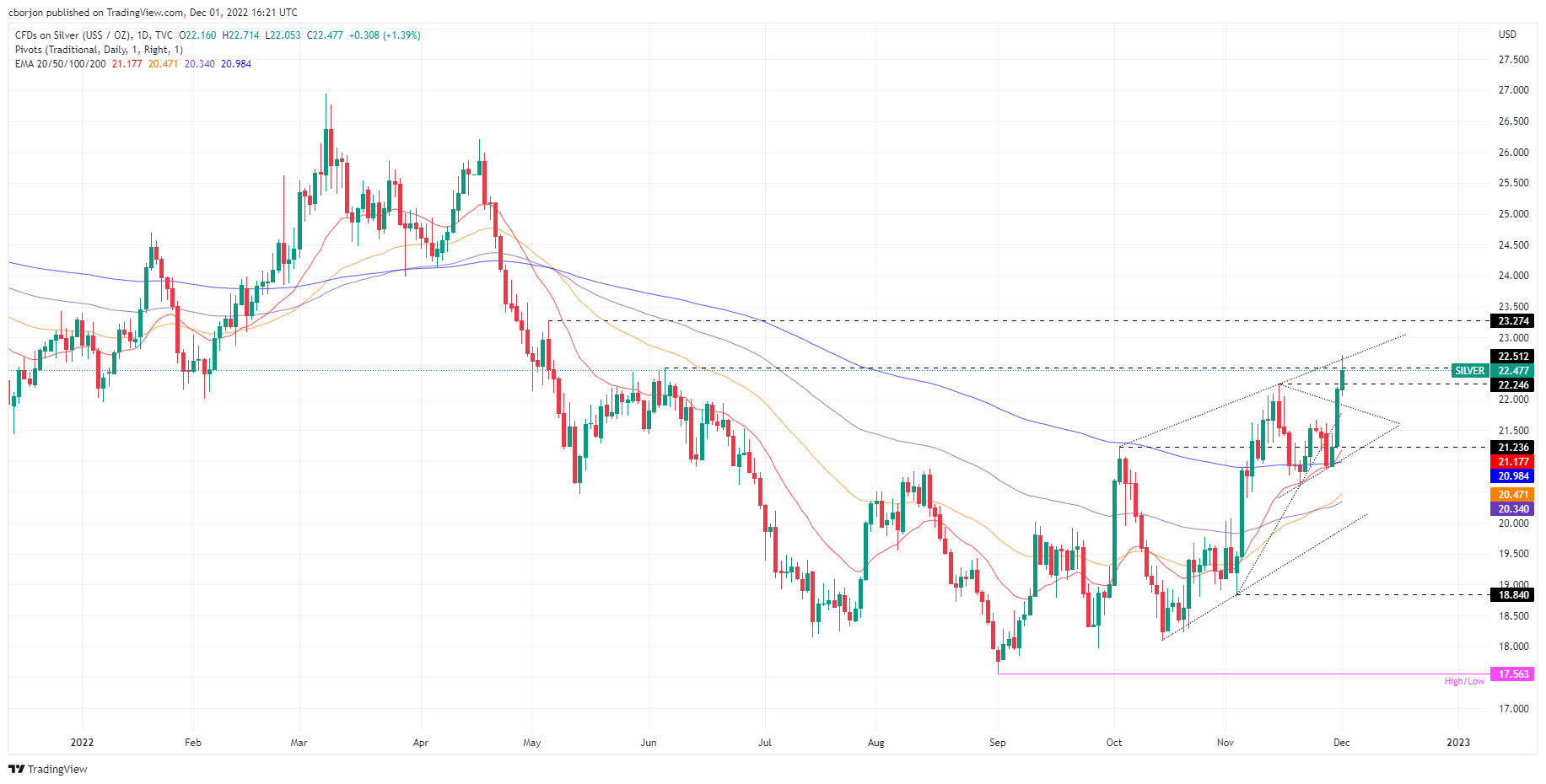