Silver price rallied back above $23.00 after the release of an upbeat US jobs report bolstered the US Dollar (USD), while US Treasury bond yields advanced. Initially, the white metal trimmed some of its gains, traveling towards its daily low of $22.59, though as the USD weakens, it is rising again. At the time of writing, XAG/USD is trading at $23.13.

Federal Reserve pressured by an upbeat US employment report

Investors sentiment remains sour as US stocks trade with losses. The US Department of Labor (DoL) revealed that November Nonfarm Payrolls had risen 263K above estimates of 200K but trailed the previous month’s upward revised 284K, exerting pressure on the Federal Reserve (Fed). Delving into the data, the Unemployment Rate persisted around 3.7%, but wages increased. Average Hourly Earnings rose by 5.1% YoY, up from October’s 4.9%, adding to inflationary pressures.

The Federal Reserve’s decision to moderate hikes was further justified by a weaker Institute for Supply Management (ISM) Manufacturing PMI report for November. The index dropped to the contractionary territory at 49.0 but also portrayed conditions deteriorating. The data reignited recession fears as the US central bank continues to tighten policy. Indeed, the Federal Reserve is trying to slow the economy, accounting for below-trend growth, as the Fed Chair Powell had said.

Next week, the US economic docket will feature the ISM Non-Manufacturing PMI, Initial Jobless Claims, the Producer Price Index (PPI), and the University of Michigan (UoM) Preliminary release of the Consumer Sentiment.

The daily chart shows that the XAG/USD broke to fresh six-month highs during the London fix. Traders should note that the white metal plunged, but buyers stepped around the day’s lows and lifted XAG/USD toward $23.22. Oscillators led by the Relative Strength Index (RSI) flashes signals that Silver is overbought, though the 9-day Rate of Change (RoC) shows that buyers remain in charge. Therefore, the XAG/USD bias is upwards. 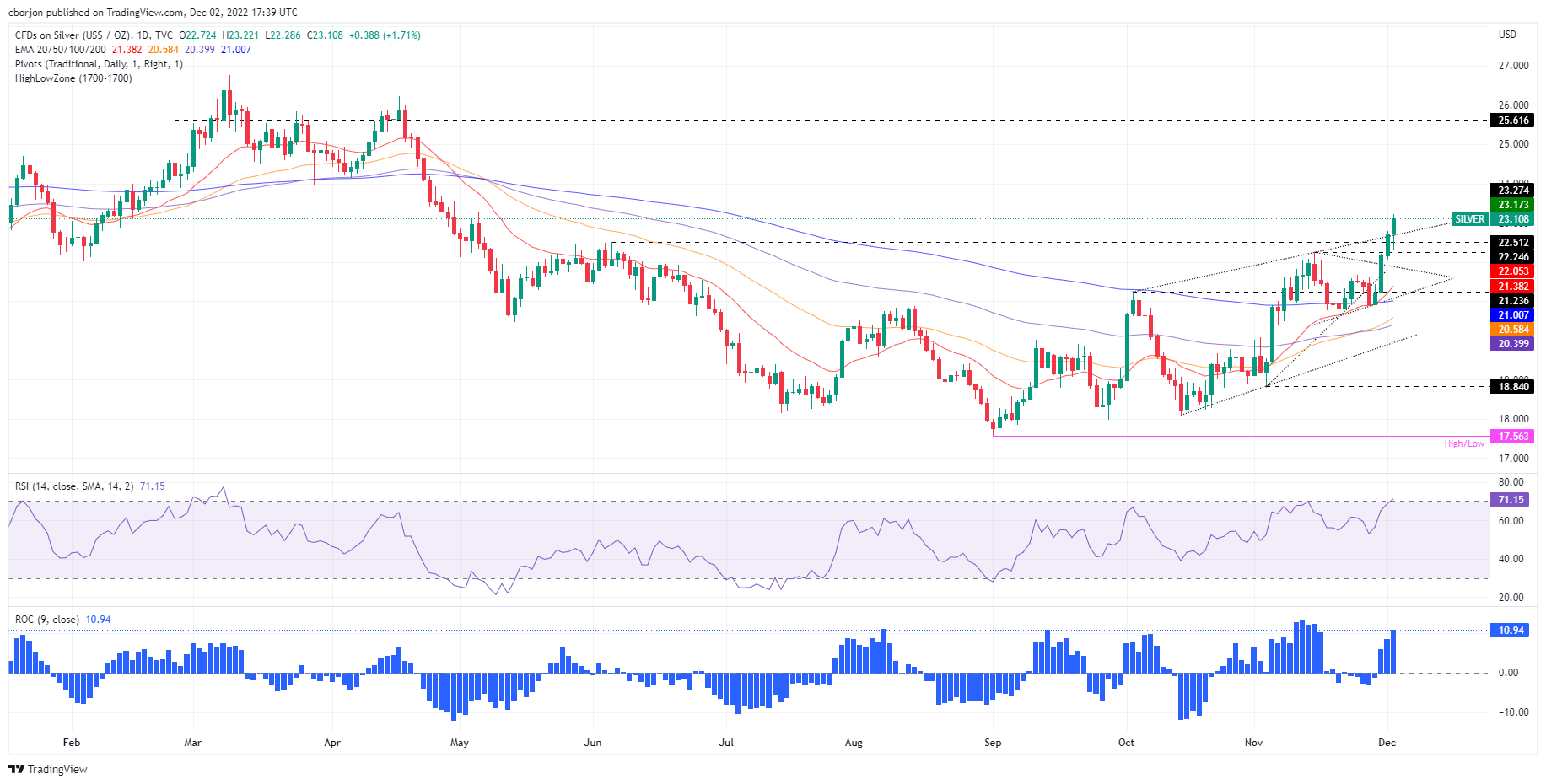