Silver prices appear to have peaked following Monday’s price action, with the white metal unable to hold to the $24.00 figure, collapsing as low as $22.76, beneath the 50-day Exponential Moving Average (EMA) at $22.93, though trimmed some of its earlier losses. Nevertheless, the XAG/USD is still down 2%, exchanging hands at $23.44.

XAG/USD prices, throughout Monday’s session, have been trading in a wide range but reclaimed a 22-day upslope support trendline that passes around $23.30. Although it erased some of its earlier losses, the XAG/USD has fallen short of reclaiming the 20-day Exponential Moving Average (EMA) at $23.67. Therefore, Silver would consolidate around the $23.30-$24.00 area unless it cracks the top/bottom of the range.a breach of the day’s high of $24.15 would put into play the YTD high of $24.54 and the psychological $25.00 mark.

Oscillator-wise, the Relative Strength Index (RSI) crossed below its 50-midline, so further downside is expected, while the Rate of Change (RoC) suggests that buyers stepped in around Wall Street’s close.

Therefore, the XAG/USD remains neutral biased in the near term. 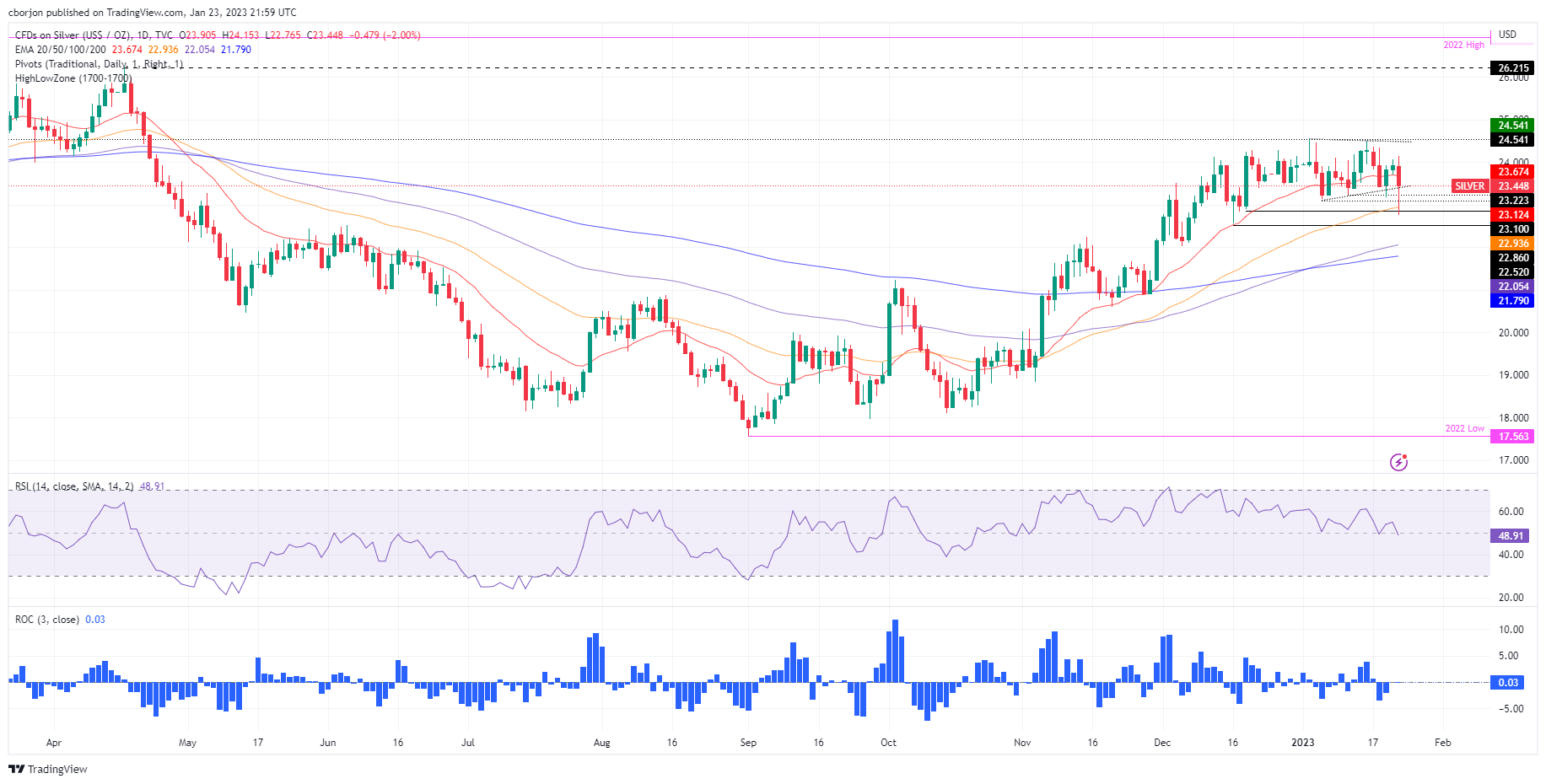