Will Warhammer 40K: Darktide have crossplay between PC, consoles, and Game Pass? 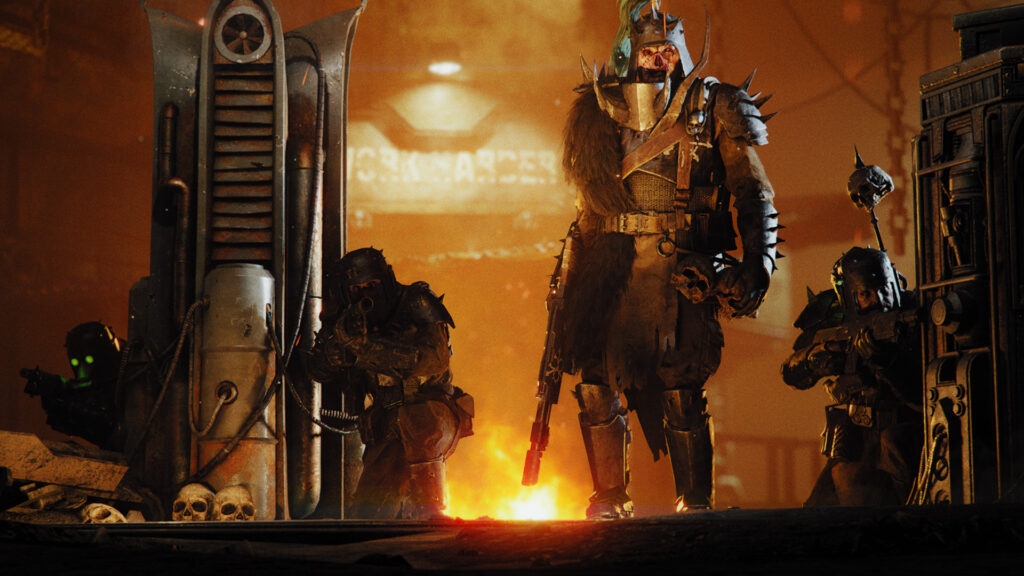 A game like Warhammer 40K: Darktide is best enjoyed with friends, so it’s natural to want as wide a pool as possible of potential co-op partners among your real life peeps. To that end, crossplay seems like a natural fit for a cooperative, PvE experience like Darktide. Unfortunately, at least at launch, Fatshark has definitively confirmed that every potential platform for Darktide will be siloed off from one another.

Does Warhammer 40K: Darktide have crossplay between Steam and Game Pass?

Also firmly no. Back in June a Fatshark employee responded to a Steam forum post (opens in new tab) on the subject, writing “We’re not saying it’s not possible, or not being explored, but we’re also not going to say ‘yes it’s in, Day 1.’ We like the idea of it and are exploring it, but don’t expect it.”

Will crossplay ever come to Warhammer 40K: Darktide?

Unclear—I wouldn’t hold my breath on it being a priority for Fatshark, though. Both of those posts leave the door open just a smidge to the possibility. With language that hedged, I could see it being a year two or three addition if the game maintains a steady player base that keeps asking for it.

Before being able to add Xbox-PC crossplay, Draktide actually has to be released on Microsoft’s console, and we don’t know when that will be happening. When Darktide was delayed to November 30 on PC earlier this year, Fatshark said the Xbox release would follow “shortly after.” That may mean early 2023.