Why Tiger Woods’ golf ball is a grenade, and other amazing videogame trivia 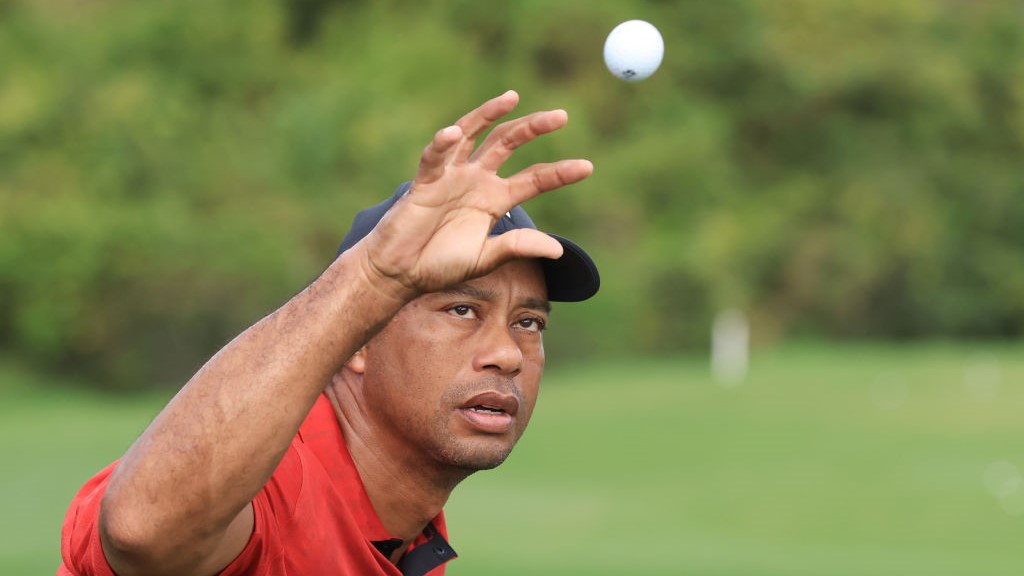 It turns out that people have remembered a lot of bizarre, funny and in some cases amazing pieces of trivia, the kind of knowledge that you’re very unlikely to stumble across outside of a thread like this. We open with this absolute stunner from Jan Bart van Beek, the studio director and art director at Guerrilla Games.

This does need one caveat. Tiger Woods’ last game as the face of EA’s PGA Tour was in 2013, after which the series would take a year’s hiatus before returning with the first entry on the Frostbite Engine: Rory McIlroy’s PGA Tour (in 2015), which doesn’t feature Woods as his ranking had plummeted so badly. Of course, that doesn’t mean the Woods avatar wouldn’t have been used in development.

When Tiger Woods golf was moved to the Frostbite engine, it did not have support for golf clubs. So Tiger Woods uses a grenade launcher that is modeled and animated as if it is a golf club. The golf ball is ofcourse a grenade https://t.co/rNQuSF6PW4January 24, 2023

The tweet really took off and has replies and quote tweets in the tens of thousands. I didn’t read through everything but, of what I did, here are some of the text highlights, with the video ones to follow.

Furry_Wall: (opens in new tab) “Runescape cows cannot be poisoned because their ‘moo’ prioritizes on the in-game timer over the damage.”

Iron_Jugulis: (opens in new tab) “using spore’s official dr pepper robot parts, it is entirely possible to make a creature that has no social stats whatsoever. trying to socialize one of these creatures will result in the game crashing.”

Thatbluecatboy: (opens in new tab) “In Age of Empires, while playing on an i486 PC, if you queued up a unit that would break the max unit limit at the perfect time while hitting the turbo button to scale your CPU from 133hz to 100hz, every unit on the map would be reassigned to a random player in the game.”

This one’s been known about for a while but I still love being reminded of it. Take it away Gavinatorize2 (opens in new tab): “After Snake loses his eye in Snake Eater he can only see the left portion of the screen in first person, and in the 3DS version the 3D slider no longer functions.”

Altis69: (opens in new tab) “In Halo CE bloom doesn’t increase from firing the weapon but instead from holding the trigger. That means if you hold the trigger while reloading/overheating the weapon will start firing at full bloom.”

GeeVipah: (opens in new tab) “In Art of Fighting 3 if the Neo Geo’s internal system clock aligns with a character’s birthday that character will be significantly buffed for that day.”

Christina Tasty: (opens in new tab) “Marlon Brando’s last performance was possibly an easter egg in The Godfather game. He required an Oxygen mask in old age but he still recorded some lines. Naturally they were unusable, so when Don Corleone is in hospital you can track back and hear his recorded lines.”

GothieCollie: (opens in new tab) “The original Xbox port of Half-Life 2 has an exclusive glitch where you can kill Alyx in Red Letter Day by placing a barrel behind her by the vending machine. Unlike later Alyx deaths the cutscene continues on for a bit with awkward pauses where Alyx should be before crashing.”

Try to imagine some Amiga hacker getting into the files of Mad Professor Mariarti and being greeted by “hello hacker fucker (opens in new tab).” Hard not to imagine that in Shodan’s voice.

KabscOrner: (opens in new tab) “Because Monster Hunter doesn’t have any voice acting, and because English isn’t a language with a pronunciation guide, the first time ‘Rathalos’ is ever spoken out loud is in Metal Gear Solid: Peace Walker.”

Naturally there’s some great Bethesda stuff, showcasing both the studio’s ingenuity and tendency towards jank.

In Fallout 3, the outro sequences are just 29 possible video files glued together.But with New Vegas having more outro slides, they instead placed the player infront of a giant projector like screen, and placed an NPC behind it, playing the voice lines named Ron The Narrator… https://t.co/8vMInUDv4f pic.twitter.com/mhVc288apwJanuary 23, 2023

In Oblivion, the Bravil castle steward, Dro’Nahrahe, accidentally had her home coded as a house in Bruma, a different city halfway across the world map.Every day she walks that red line until she is inevitably killed by wildlife or some other roaming threat. Usually on day one. https://t.co/jtLar63pBf pic.twitter.com/U6DR6JjK8tJanuary 22, 2023

Oh, also, in Oblivion there’s a NPC who will beat up his own wife and kill his own dogs because the devs managed to fuck up his aggression level and forgot to tell him that they’re supposed to be a part of his family https://t.co/HhOVb7N4sy pic.twitter.com/WPwfM9BtYkJanuary 22, 2023

In Skyrim, if you use a flame spell for about 5-10 seconds on the Mysterium Xarxes, inside the Mythic Dawn museum, it will turn into a bucket that cannot be interacted with in any way.As seen here.https://t.co/fqwyTR62dt https://t.co/S4GHIPQQXYJanuary 22, 2023

Some absolute mysteries, like this mug destined to float in a void forever in Portal 2.

In the final chapter 6 map in Portal 2, there is a wood-textured, glowing mug floating far out of bounds. I found it as a kid but haven’t ever seen anyone mention it https://t.co/pi2hzRI42w pic.twitter.com/6HrHcxdDu2January 23, 2023

Or this test map for Half-Life 2 found in the pre-release leak.

Every track in Daytona USA 2 has a secret Start Button functionHolding it in the Expert Course causes some turbines to spin, but if you somehow hold the button down for an entire lap… https://t.co/Mot1FQ9vbc pic.twitter.com/SDlEsbARO7January 24, 2023

Spore has one too:

In Spore (2008), there is a “Cake Editor” hidden in the files that consists only of a fancy plate and no parts. Nobody knows its purpose to this day. https://t.co/kb1oQFkSM6 pic.twitter.com/hwvYfC7OBCJanuary 22, 2023

And a special element in some versions of Plants vs Zombies.

in specific releases of pvz there is a ridiculously rare chance for a zombie to just straight up have a nut allergy and die from eating a wall/tall-nut https://t.co/unr9vBxpWX pic.twitter.com/TEj8GCXGPPJanuary 23, 2023

Another couple of Valve-related ones, oldies but goodies:

The face reference for Eli Vance in Half-Life 2 was just some homeless(?) guy named Larry “The Count” Heard, who Valve employees found on the street holding up a sign saying he was looking for work. https://t.co/BDPoHNWgUQ pic.twitter.com/Wx8Y1cBZ0VJanuary 22, 2023

The identity of both people seen in the Valve logos are still a mystery, with Valve themselves also having no idea (the bald guy was just some dude they pulled off the streets) https://t.co/1y7GbPi8td pic.twitter.com/6h5P6Fo04gJanuary 22, 2023

DMC5 contains a newspaper from when Osama bin Laden was killed:

in devil may cry 5, there’s a hidden newspaper in the van that has the headline from when bin laden was killed. https://t.co/8qYceOEOpw pic.twitter.com/iOqaW33fstJanuary 22, 2023

Every time I try to finish this article, I come across another that just has to be in, like this from Josheola: (opens in new tab) “The creator of NBA Jam is such a huge Detroit Pistons fan that he rigged the game so they would have a better shot at beating the Chicago Bulls. In a close game, if a player on the Bulls takes a last-second shot, they will always miss.”

Unbeatable in the truest sense. I will end by sharing one of my own favourite pieces of videogame trivia, which is quite simple: Remember Croc (opens in new tab)? That began as a pitch to Nintendo for a 3D Yoshi game. You have to say the big N made the right call.