USD/CHF shifts negative and drops toward 0.9260 on soft USD

The USD/CHF is trading below its opening price, though it failed to crack the 20-day Exponential Moving Average (EMA) and missed to hold to 0.9300, albeit upbeat US data crossed newswires. Therefore, the USD/CHF is exchanging hands at 0.9265 at the time of writing.

Wall Street has resumed its uptrend after a brief hiccup that witnessed the S&P 500 and the Nasdaq turning red. Thursday’s release of softer inflation in the United States (US) spurred hopes for a less aggressive US Federal Reserve (Fed); hence the US Dollar (USD) weakened. A University of Michigan (UoM) survey showed that consumer sentiment improved, as it exceeded estimates of 60.5, hitting 64.6. In the same poll, inflation expectations for one year were revised to 4% from 4.4% in December, while for a five-year horizon, inflation is foreseen to hit 3% from 2.9% in the previous month.

In the meantime, the US Dollar Index (DXY), which measures the buck’s performance against a basket of six rivals, erases its earlier gains, down 0.04%, at 102.201.

During the session, the USD/CHF cleared the 20-day EMA at 0.9293 and cleared the 0.9300 mark. Nevertheless, as the greenback weakened, the major retreated those gains and is tumbling to fresh two-day lows around 0.9255.

From a technical perspective, the USD/CHF would likely continue its downtrend, though it’s fair to say that if not for the US CPI report missing estimates, the USD/CHF had momentum, and it could have tested the 50-day EMA at 0.9405. Aside from this, oscillators like the Relative Strength Index (RSI) and the Rate of Change (RoC) suggest that sellers remain in charge. Therefore, the USD/CHF key support levels would be 0.9200, followed by the current week’s low of 0.9167, ahead of the 2022 low of 0.9091. 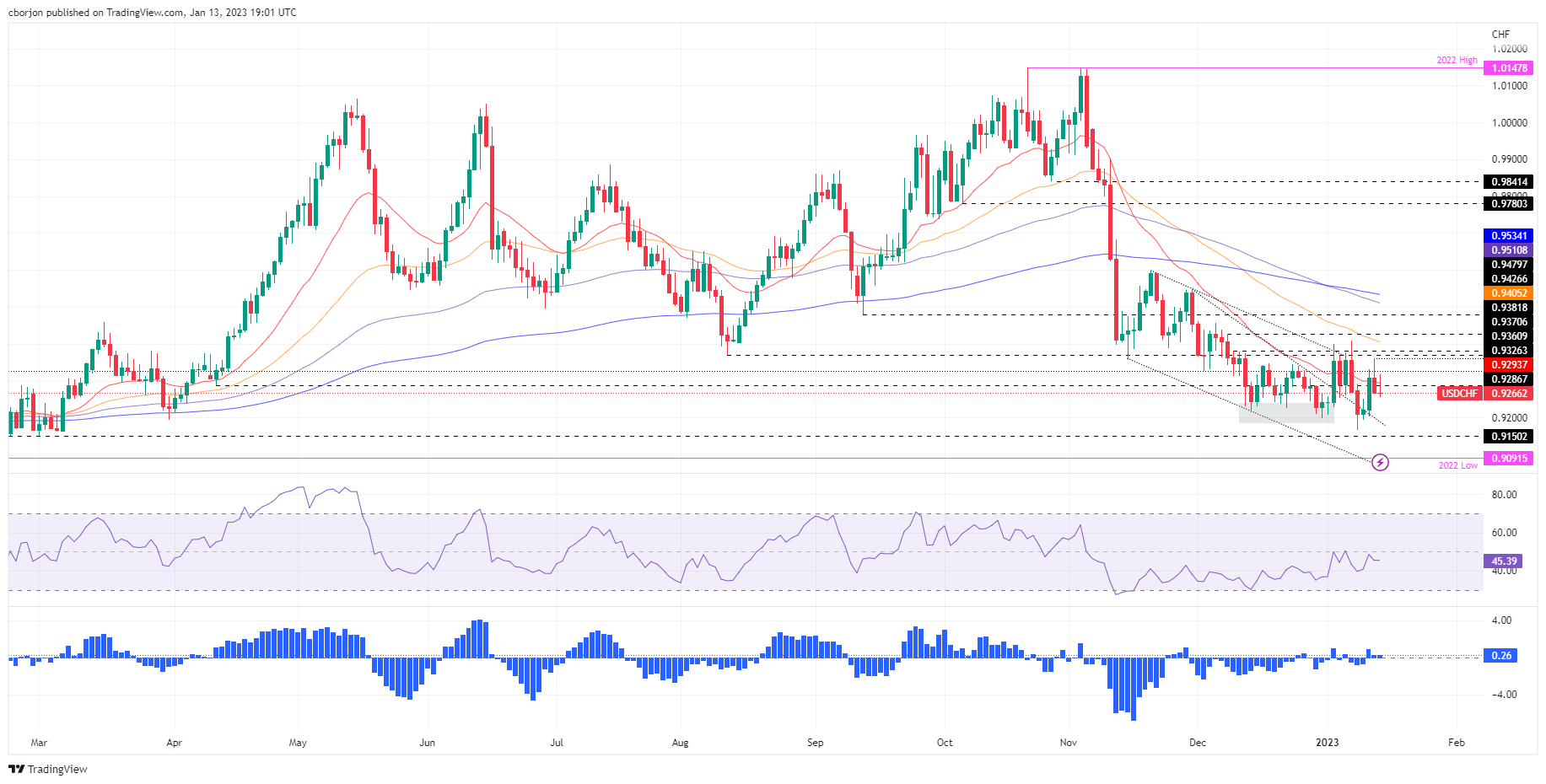