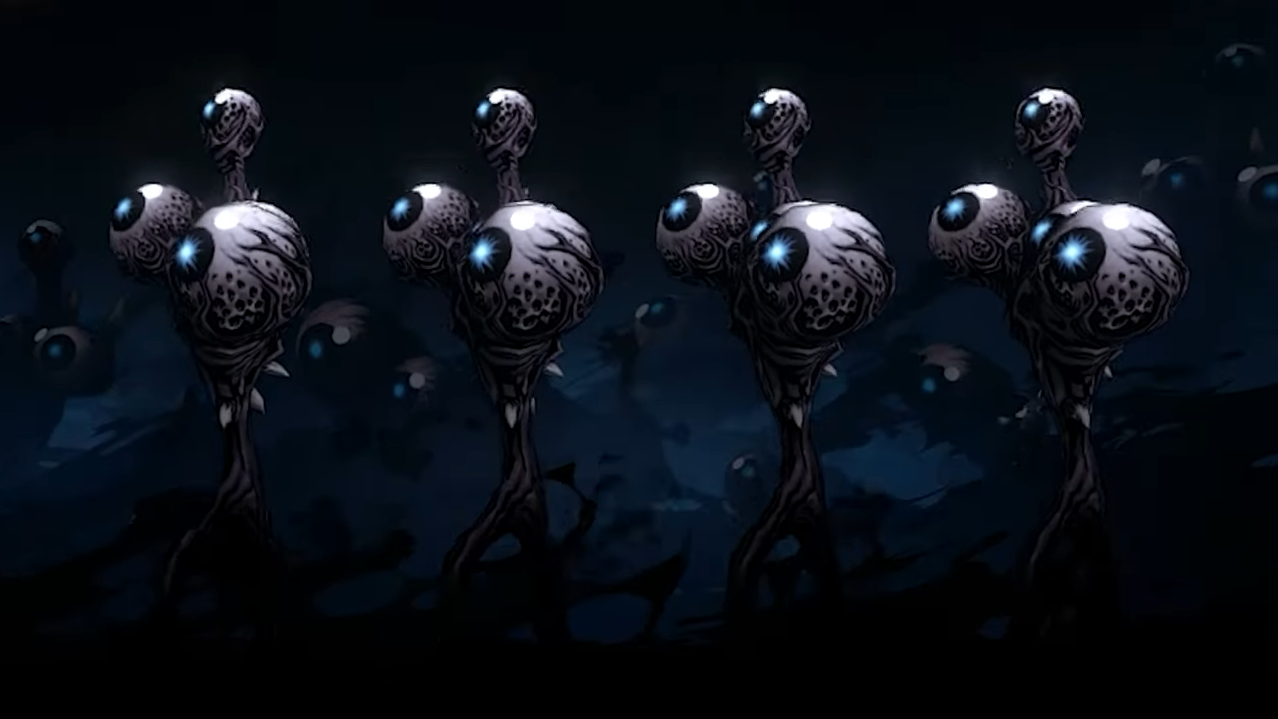 As evinced in the trailer above, there are creatures that have one eyeball. Then they have several eyeballs, then a creature appears which is made almost wholly of eyeballs. Did I mention that the eyeballs are very large? They’re very large eyeballs.

That nasty beastie is apparently a new boss in the mountain region, which has been beefed up as of this update: The big addition is the Obsession Confession, which adds a whole chapter to the main storyline. Each confession is a full playthrough and victory in the game—so far we’ve had Denial and Resentment.

This update follows others, but feels like a big push from the September update that added the Altar of Hope (opens in new tab) system that let you collect magical candles to get bonuses over time. Obsession includes new Hero Goals, which generate for each character at the starting crossroads. Those goals give you a great way to get new candles, since completing a hero’s random goal each run gives out candles you keep no matter the outcome of your doomed road trip.

Darkest Dungeon 2 launched in Early Access last fall and has made great strides, however, I will say that all my characters still hate each other. (opens in new tab)