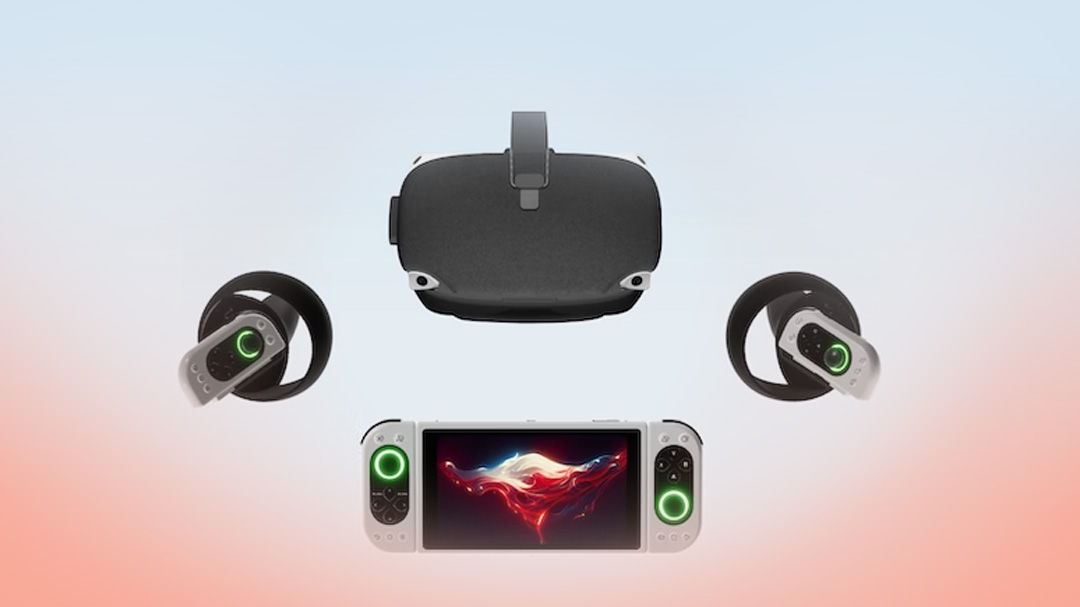 The Portal was shown off during Pimax’s Frontier 2022 presentation, and is being sold as the “world’s first metaverse entertainment system.” While many of us aren’t exactly sold on the metaverse (opens in new tab), the Portal does look like an interesting device. If it can achieve everything the company’s suggesting, it would certainly be a versatile gaming machine.

It starts with the main body, which is a Switch-like build featuring a centre screen with magnetic controllers on either side. The 5.5 inch HDR screen would be no joke, with 4k resolution that runs at 144hz refresh rate.

Pimax is a bit tight-lipped about the other specs, aside from touting an unnamed powerful ARM-based chip during the video. A specs sheet also mentions the Snapdragon XR2, which has been an impressive VR chip. We’d need to know more about what’s under the hood to make any judgement calls on how well that screen will look in action, and what games it can play, but so far it sounds  good on paper.

When you’re wanting some VR action, the screen portion of the Portal can slot into a VR headset while the controllers fit into handheld sleeves. This is reminiscent of VR phone solutions we’ve seen in the past, but with a device that’s purpose-designed for the use. Two types of lenses are included with the kit, one for gaming with 27PPD resolution and a 100-degree field of view. The other is designed more for movies offering 40PPD with a smaller 60-degree FOV.

This allows for swappable options depending on what you’re using your VR for. Pimax is planning to release specialised options for different experiences, like a social headset that comes with face tracking. Hopefully this will allow for a more affordable VR option for those who are looking to dabble with the technology.

But that’s not all the Portal can be fitted into. The Pimax Mini Station is a sleeve providing more portable screen options, or there’s the specialised dock for living room entertainment. There are swappable modules like battery packs or 5G cellular link, and low latency as well as compatibility with game streaming apps has been a focus.

If Pimax’s Portal does everything it claims, it’s going to be a neat piece of tech, especially at the price offered. While it will debut as Kickstarter presale on November 15 (opens in new tab), the Portal is going to market starting at $299 USD with the most expensive version currently listed at $599. There’s clear potential for this machine as both a hybrid portable console and a VR system, but with claims so big, I’ll need to see it in action first.