The people have spoken: Sonic Frontiers is better than Elden Ring 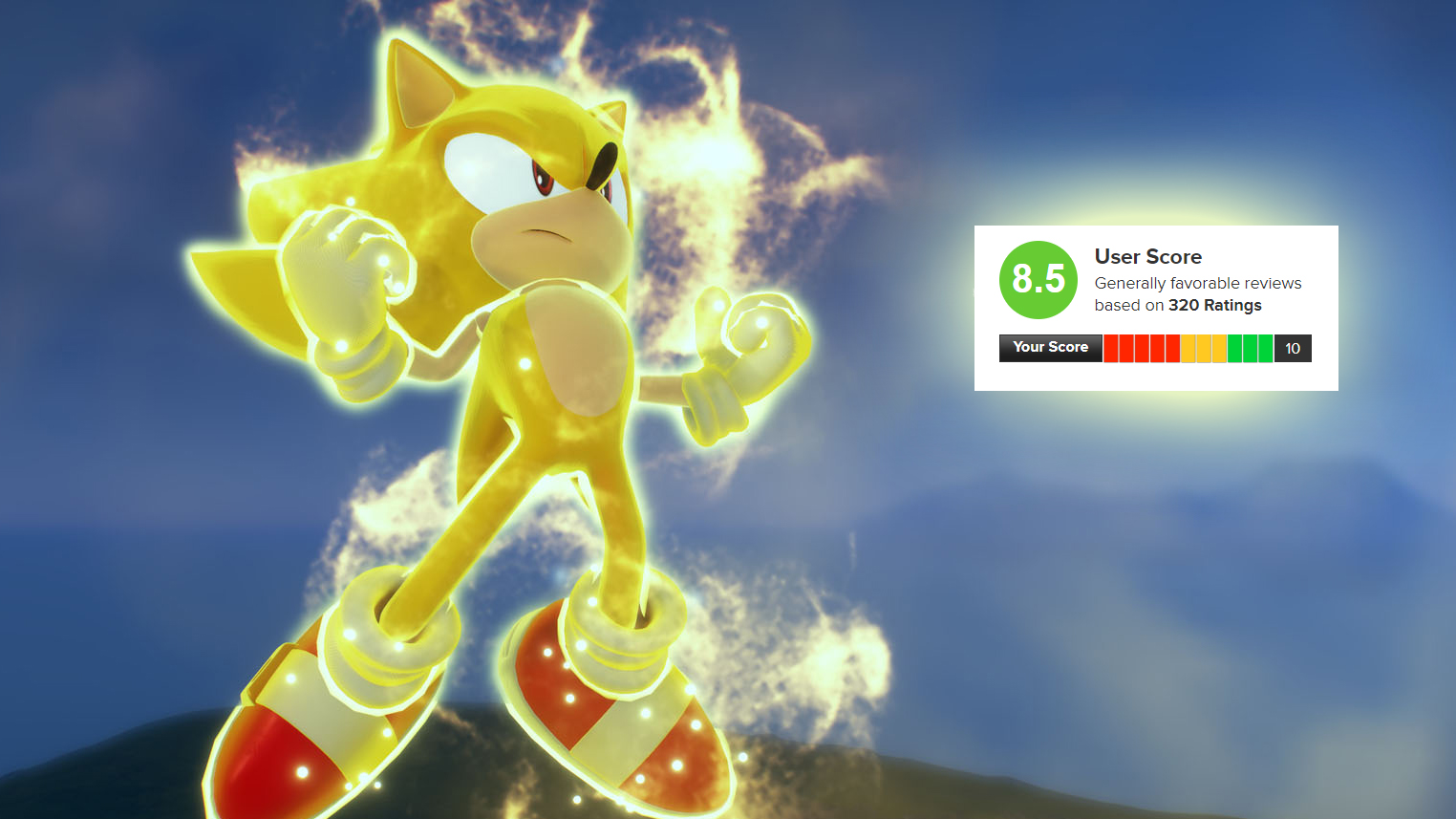 The open world Sonic game that released last week has an 8.5 user rating on Metacritic (opens in new tab), while the shoo-in for most GOTY awards, Elden Ring, is sitting at a 6.9 (opens in new tab). I’m afraid that means that Sonic Frontiers is actually better than Elden Ring.

That’s not the only evidence that the blue blur is just plain better than the grizzled old wretches of the Lands Between. A source PC gamers may consider more reliable than Metacritic user reviewers, the Steam user reviewers, have at the time of writing awarded Sonic Frontiers (opens in new tab) an “Overwhelmingly Positive” user review average. Elden Ring’s (opens in new tab) average is merely “Very Positive.” Sonic Frontiers wins again. Better game! More whelming!

Sure, Elden Ring has 413,604 Steam reviews and Sonic Frontiers only has around 6,000 right now, but assuming that there are around 1.75 billion total PC gamers (opens in new tab), this Survey Monkey calculator (opens in new tab) tells me that we only need a sample size of 385 to have 95% confidence in our survey results. Therefore: Blue guy better.

Alright, alright, so maybe the sample size only means something if we survey a random sampling of PC gamers about both games, and comparing what a few thousand Sonic fans think about the new Sonic game to what a few hundred thousand gamers think about Elden Ring is not actually helpful at all, but responsible polling methodology does not help sow discord in comment sections.

If I were being responsible I might propose that taking aggregate review scores of any kind too seriously will send desirers of good entertainment astray. For example, the movie Posessor has a 59% user review average on Rotten Tomatoes (opens in new tab), but you should still watch it. (Don’t you want to see what David Cronenberg’s son is doing with the family business?)

But if low score aggregates shouldn’t turn us off of media then surely high ones shouldn’t either. Maybe we should pay attention. I played a little bit of Sonic Frontiers today and I gotta say that I enjoyed going fast. It is ironic that a game about speed has a 60 fps cap, though, and the Windows mouse cursor kept appearing in the middle of the screen. It’s not superb from a technical standpoint, and I’m sure some Sonic Frontier supporters would hug a beehive if you painted it blue and said it was loyal to its friends, but surely the entirety of Sonic fandom isn’t just pretending that this game is fun.

Right now, the professional critic aggregate on Metacritic is a 78, a little under the 8.5 awarded by users. Our Sonic Frontiers review is still in progress, although our hands-on preview from September was not positive.

Funnily, the scores are higher for the seemingly so-so PC port than for the console versions; the PS5 version (opens in new tab) has a 72 and 8.4, for example. Perhaps the most forgiving Sonic fans have the best taste in platforms.