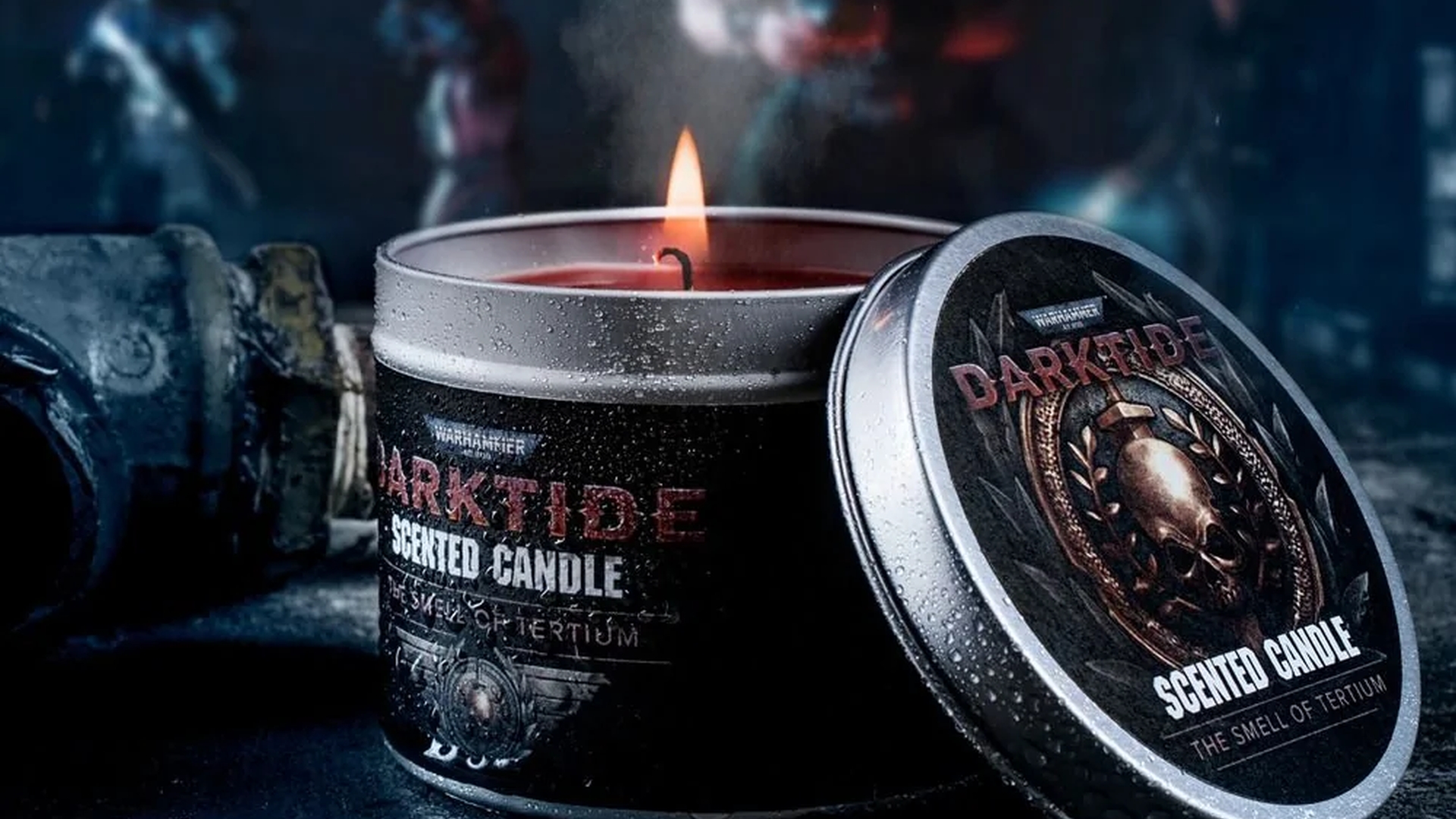 One thing that co-op heresy cleanup detail sim Warhammer 40,000: Darktide inarguably does well is capture the 40K setting. Everything looks and sounds spot-on, thanks to a great soundtrack by Jesper Kyd (opens in new tab) and visuals that are so true to the original they even digitized the cargo containers you can buy as terrain for the tabletop wargame, as I noted in my list of Darktide easter eggs. As a videogame, one thing Darktide can’t let you experience is the way the setting smells. Until now.

Thanks to the official Darktide scented candle (opens in new tab), which is a real piece of official merchandise that really exists, you can find out what Tertium Hive, a city full of plague in the grim darkness of the far future, would smell like. The candle is genuinely called “The Smell of Tertium”, and it will burn for “approximately 22 hours” to really embed that scent in whatever room you inflict it on.

This isn’t actually the first time Warhammer 40,000 scented candles have been a thing. Last year, Merchoid released a line of festive 40K candles with odors like “Astra Militarum Catachan Potpourri: The Scent of Death World” and “Slaanesh Soporific Musk: The Scent of Delusion”. Presumably they sold well enough to make this Darktide release tie-in a reality.

It’s not the only Darktide merch available on the occasion of the videogame’s launch. More typical ways of expressing your nerd love of cleansing and purging are available, including Todd McFarlane action figures of the gas-mask Veteran from the trailers (opens in new tab) and a traitor guard (opens in new tab), as well as a line of T-shirts, hoodies, and a mug (opens in new tab) for anyone who wants the words REJECTS WILL RISE emblazoned on their possessions and/or body.

Darktide just left its pre-order beta, and while you wait for our final review you can read Sean Martin’s impressions so far. Though he’s not super impressed by the progression he’s down with the combat, saying, “The core is certainly there in terms of how good its chaotic combat and weapons feel—revving my chainsword to bisect an enemy champion is exactly the kind of 40K experience I was craving. The ranged weapons are great, too: planting a lasbolt in the head of a sniper with a resounding crunch is extremely satisfying. With so many more variables in terms of ranged threats, special enemies, and the tools you have to deal with them, Darktide is Fatshark’s most comprehensive iteration of their formula yet: fast and fluid as you move point-to-point, threat-to-threat.”