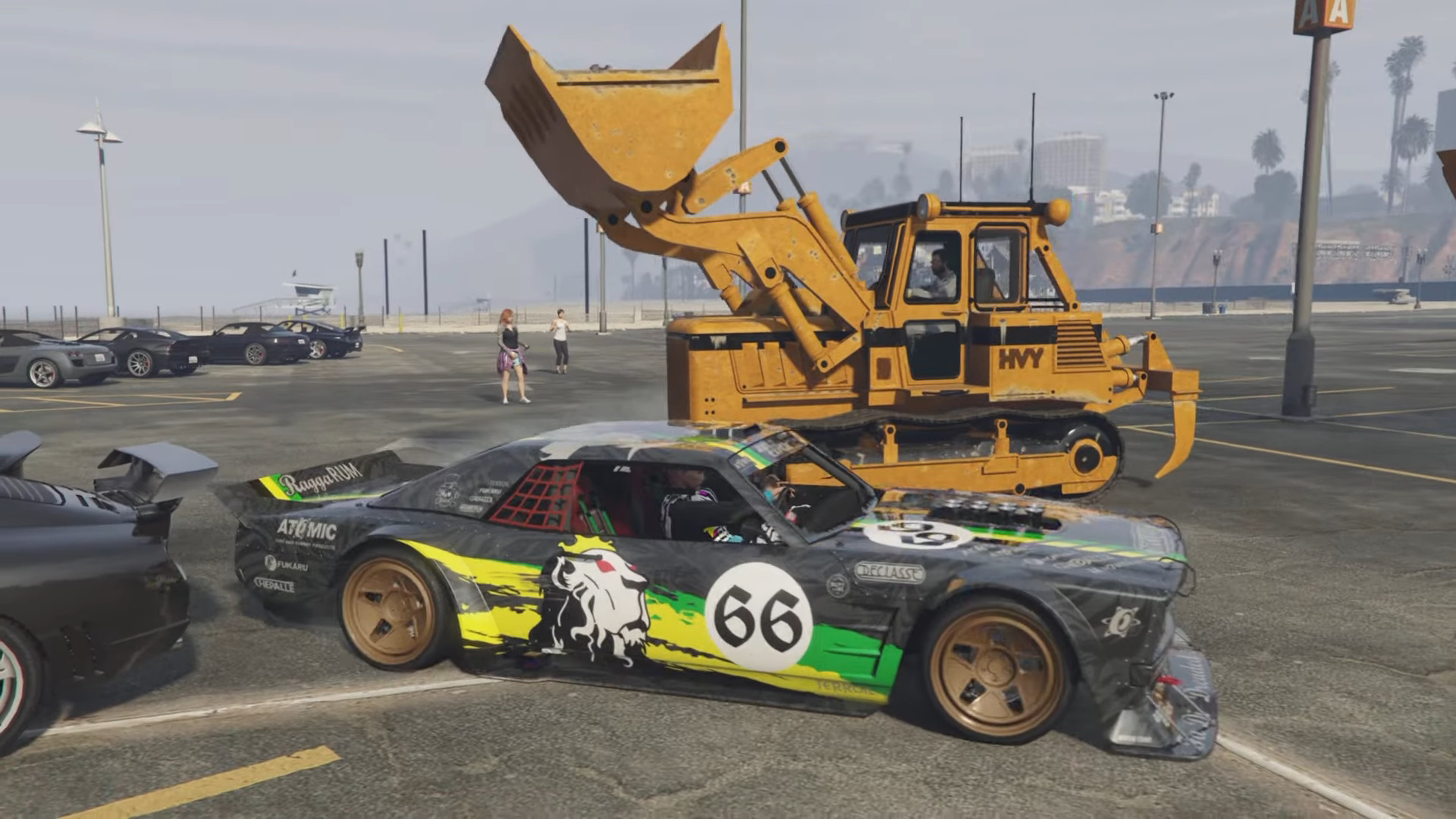 2023 got off to a tragic start with the death of Ken Block (opens in new tab), the legendary American rally driver whose gymkhana stunt videos (opens in new tab) have accrued hundreds of millions of views in their time. In those videos, Block performed stylish and stylishly-edited routines requiring precise timing and borderline-supernatural talent. So, naturally, a bunch of Block fans in the Grand Theft Auto Online community took it upon themselves to make an in-game gymkhana video (via PCGamesN (opens in new tab)) of their own in tribute to the man himself.

Created by the TuttoAuto (opens in new tab) group, it’s peppered with all sorts of references to Block’s original gymkhana videos. A stunt from Gymkhana 7 (opens in new tab)—in which Block drifts under a car as it hydraulically bounces its front wheels in the air—is recreated to a tee, and more Block-knowledgeable Redditors than I have already clocked other little details (opens in new tab) that tip their hats to the real-life stunt shows.

It’s a testament to the dedication and skill of the tribute’s creators that it was created completely without the aid of mods. Replying to a comment on Reddit, a TuttoAuto admin clarified that the video was created (opens in new tab)using only “the ingame cars and some skill”. A fair bit of skill, I’d say. If I attempted something similar, the whole video would end up resembling a kind of extended Mr. Bean skit.

Fans of Block and fans of cool stuff happening in GTA Online are united in their positive response to the video, which has garnered a sparkling array of Reddit awards I’m not even going to try and name as well as a few thousand upvotes since it appeared two days ago. “I think if he was here he’d be proud of you all,” said one Redditor (opens in new tab), while another complimented (opens in new tab) the “Quality production, camera work, driving and some of Ken’s iconic moves.”

Block was no stranger to videogames himself, or at least no stranger to appearing in them. An accomplished rally racer, he appeared as a driver in the DiRT series—and even recorded a video (opens in new tab) to promote the third game’s then-new gymkhana mode—as well as the WRC: FIA World Rally Championship game and Need For Speed. He died in a snowmobile accident on January 2 this year, at 55 years old.