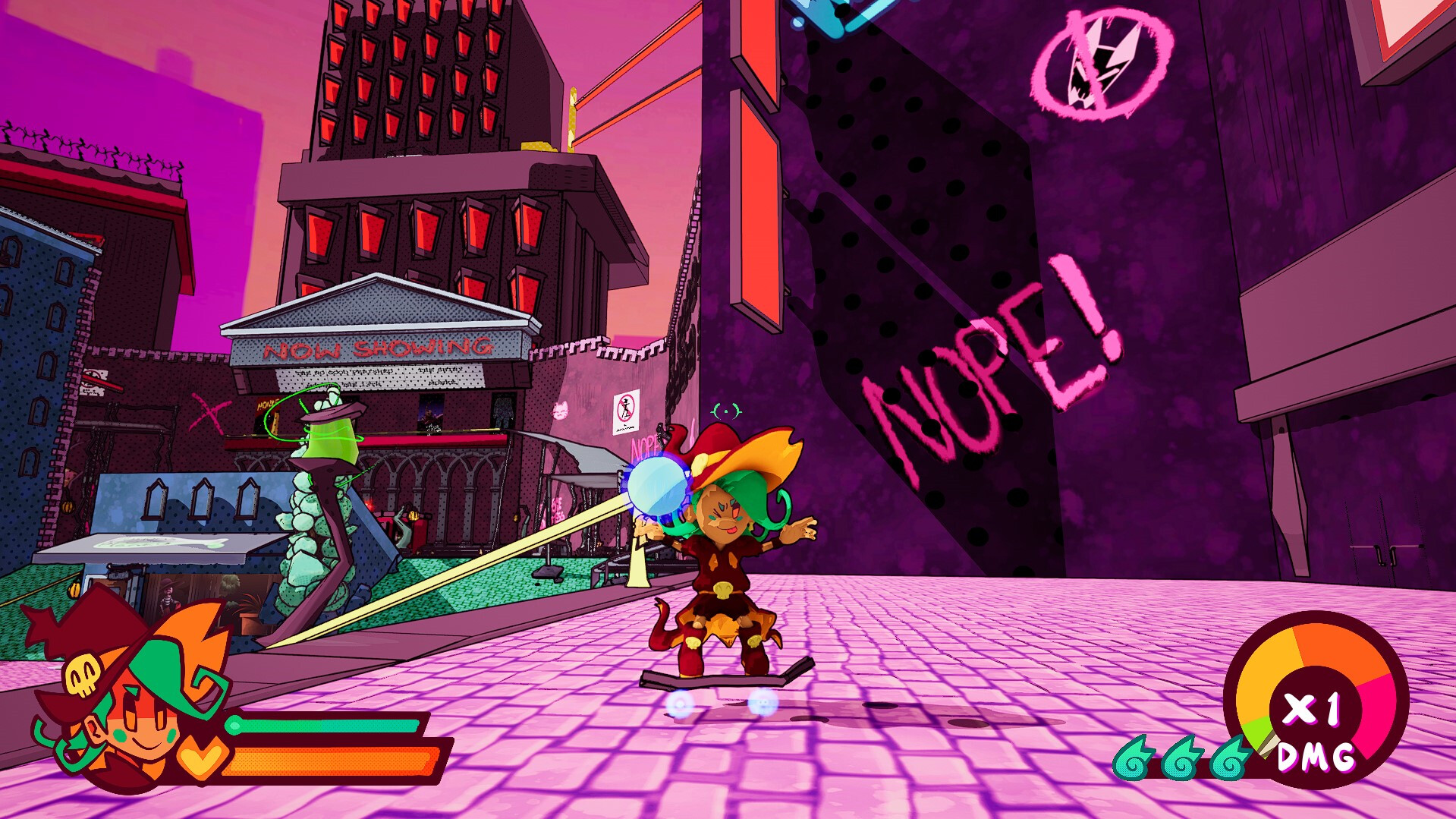 So it is with Witchpunk, a free game that hit Steam this month made by a team called 99% Funk at the DigiPen Institute of Technology. In it, you lay down some sick arena combat against corporate demons as you shred around on your witchy skateboard while bashing robots with your giant, magic hammer and/or spraypaint.

Witch Mollie’s biggest trick is that she deals more damage as she picks up speed, letting her get real fast in order to lay out a really big smash. So, as you might imagine, doing something like grinding down the subway rail, or blasting off a ramp, lets you splatter enemies with delightfully high-speed hammer attacks.

Here’s how the devs describe it: “Witchpunk is a third-person melee arena combat game where you play as Mollie, a skateboarding witch who battles against a tyrannical corporation seeking to destroy Halloween. Skate around the city and the subway, gaining speed in order to deal devastating blows to robots of all shapes and sizes. Skate faster to slam harder, and use your spells to leave enemies stunned and reeling!”

It’s sort of like a decidedly more violent Tony Hawk seen through the lens of Jet Set Radio fans. To its credit, it has some nicely comic-inspired visuals that take advantage of atypical shading work. It’s also filled with funky beats to skate and jive to.