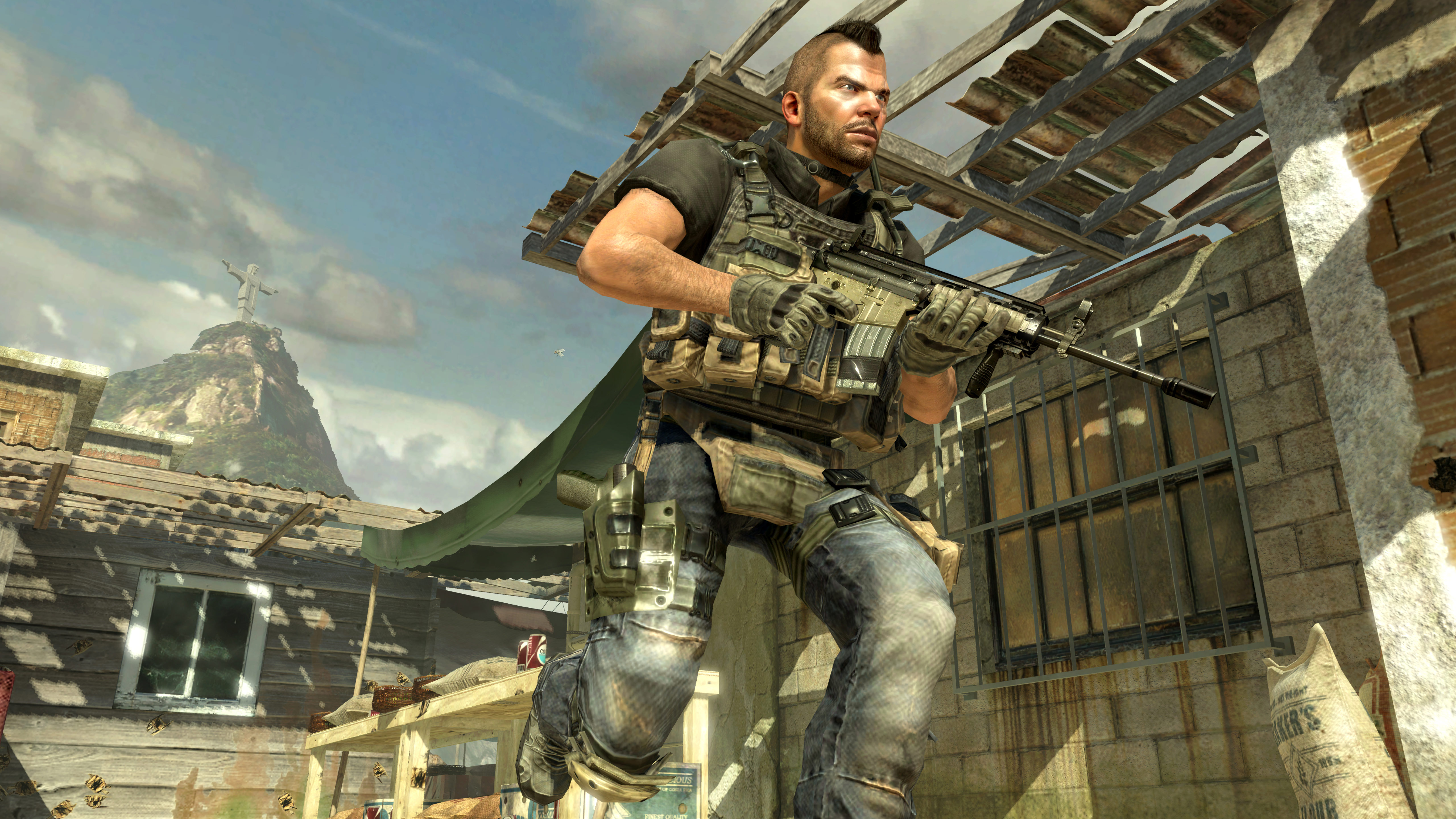 As the European Union investigates Microsoft’s historic $68.7 billion purchase of Activision Blizzard (opens in new tab), Ricardo Cardoso, Deputy Head of Unit Interinstitutional & Outreach at the EU Department of Internal Market, Industry, Entrepreneurship, & SMEs (now that’s a mouthful!) accidentally stepped in it: he made himself a participant in the oldest conflict in human history, the console wars. Although he made a public comment on the process, Ricardo Cardoso himself is not involved with the process of approving the merger.

On November 8, the EU’s Directorate-General on Competition (we gotta figure out these names, guys) tweeted (opens in new tab) the announcement of its in-depth investigation of Microsoft’s merger with ActiBlizz, a corporate consolidation unprecedented for its size in the gaming industry. That already seemed to get some Xbox Sardaukar on Twitter hot under the collar, but then Cardoso, an EU official who is not part of the DG on Competition, made a playful tweet (opens in new tab) commenting on the announcement.

“The Commission is working to ensure that you will still be able to play Call of Duty on other consoles (including my PlayStation).” Cardoso tweeted. “Also on our to do list: update stock pictures. These gamers have wired controllers whereas Xbox and Playstation have wireless ones since about 2006!”

Now, I parsed this as intentionally humorous commentary on the mechanisms of state intervening in videogames, while also genuinely highlighting a normal and necessary regulatory process to vet a massive power play in the rapidly-consolidating games industry. Rowdy Xbox gamers in Cardoso’s comments aren’t buying it, instead reading his statement as a provocative taking-of-sides in that most deadly serious of clashes, the console wars.

“Don’t worry PlayStation fans, I’m one of you, I’ll protect us!” One commenter wrote.

Another claims that “It’s pretty obvious for anyone who genuinely follows the games industry that the only reason to not approve this deal, which brings more competition to gaming as a whole, is to protect Sony’s ability to keep using its market power to unfairly devalue others.”

It’s not pretty obvious to me, honestly, and this is my job. The insistence that the biggest corporate consolidation in videogame history “brings more competition to gaming as a whole” is a psychic blow that I may never recover from.

One notable participant in Cardoso’s replies is IGN executive editor Ryan McCaffrey (opens in new tab), who pointed to Phil Spencer’s prior statement that Microsoft will “continue to ship Call of Duty on PlayStation.”

The Commission is working to ensure that you will still be able to play Call of Duty on other consoles (including my Playstation). Also on our to do list: update stock pictures. These gamers have wired controllers whereas Xbox and Playstation have wireless ones since about 2006! https://t.co/Gfvsi3rKXDNovember 8, 2022

McCaffrey’s citing of Spencer’s public statements is a fair response, though I’d caution that a company’s substantive policies can clash with its stated goals and values. Additionally Xbox has, especially in recent years, adopted some great customer-first initiatives like Game Pass, Xbox back-compat, and simultaneously launching games on Xbox and PC. Still, I just feel like we’re missing the forest for the trees here⁠—the Call of Duty mention scans as a playful joke, while regulatory scrutiny of corporate mergers, especially one this impactful, remains a vital function of government.

Corporate strategies, like Xbox’s more consumer-friendly stance and looser grip on its IPs, are malleable⁠—just a few years ago we had Games for Windows Live, and in the ’90s, Microsoft faced massive antitrust lawsuits in the United States over some of its business practices. A shift like the ActiBlizz merger can only be reversed by a similarly mind-boggling exchange of capital in line with its $68.7 billion purchase, while Xbox’s relationship with customers could be altered with high-level personnel shifts.

Also, I must reiterate, Cardoso is not part of the process of approving Microsoft’s acquisition of Activision Blizzard, he simply expressed an opinion on Twitter. “To clarify: I am not involved in the assessment of the merger and don’t even work in the department dealing with mergers.” Cardoso wrote (opens in new tab) on November 12, several days after the initial blow-up. “As is clear from my profile, my comments are personal and not a Commission position, whose decision will be taken on the basis of the facts and the law.”

That has not mollified the Xbox Praetorians of Twitter⁠—one commenter felt the need to reply with a blurry jpeg of the character Ross from the show Friends with text reading “Get a load of this fucking idiot.” Other comments share a similar character.

“Damage is done,” one individual wrote. “The process in Europe is shady, no way Microsoft is getting a fair review.” I am not sure how Cardoso quipping that he’d like to play Call of Duty on PlayStation indicates a “shady process,” but we entered a new and terrifying realm of psychic combat a long time ago.

PC Gamer has always maintained a longstanding neutrality in the console wars, but I will say that I’m one bad day away from bothering public officials online myself if Sony doesn’t bring Bloodborne to PC. Bloodborne, on the Steam Deck, running at 40 fps thanks to that power-saving adaptive resolution feature⁠—I’m a simple man with simple desires.