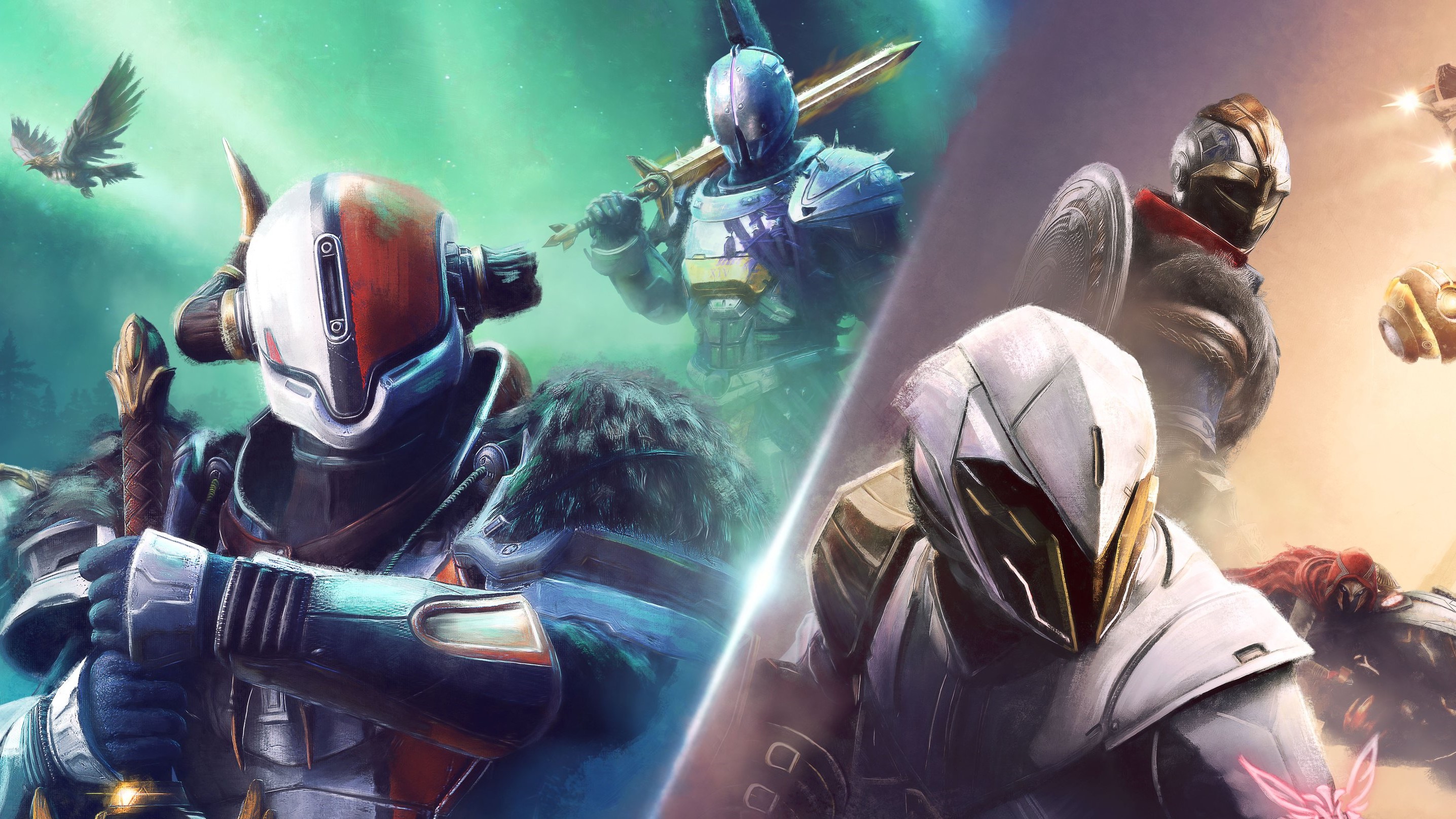 Bungie and Ubisoft have announced a crossover between Destiny 2 and Assassin’s Creed, which will see themed cosmetics coming to the shooter and Assassin’s Creed: Valhalla. Players of the latter can buy a Destiny 2 character pack from December 6, which includes armor sets, swords, a scout skin and a mount skin, and a weapons pack with four spins on Destiny’s subclasses that have perks and custom effects. A warlock in ninth century England, eh.

On the Destiny 2 side, the crossover ties in with the launch of the new season on December 6, and players will be able to pick up an Assassin’s Creed themed ship, sparrow, ghost, a finisher cosmetic, and three armor ornament sets. Bungie rather amusingly says these will “let you live out your best mysterious-hooded-figure-looking-for-adventure fantasy”, as well as pointing out that it still technically counts as a stealth game if “nobody is left to rat you out to the Templars”.

It’s a good pitch, even if the cosmetics themselves don’t look all that brotherhood-y: you can see it in the helmet design, I guess. All that Destiny 2 players will care about (well, the ones I know anyway) is that this means moar fashion. The new season (the 19th, if you’re counting) also comes with the usual array of weapon tweaks, a re-balance of the Hunter Void ability in PvP, new artifact mods, and a warning message to anyone still playing on Stadia: use cross-save and get your guardian off that sinking ship.

Assassin’s Creed: Valhalla, on the other hand, is coming to the end of its impressive post-launch support with an update that adds an epilogue called The Last Chapter, among other content. Perhaps the most notable part of this announcement was that the developers decided against implementing one of the most-requested features among the game’s fanbase, a new game+ mode, and was pretty upfront about why: essentially saying that the game had limited options to make replayability unique and rewarding, and was never really designed with this in mind.

“We understand this news will come as a disappointment,” reads the announcement. “However, we hope that the new content released in the past months, including never-before-seen experiences like Forgotten Saga, has provided an exciting and challenging experience for those seeking more replayable content.”