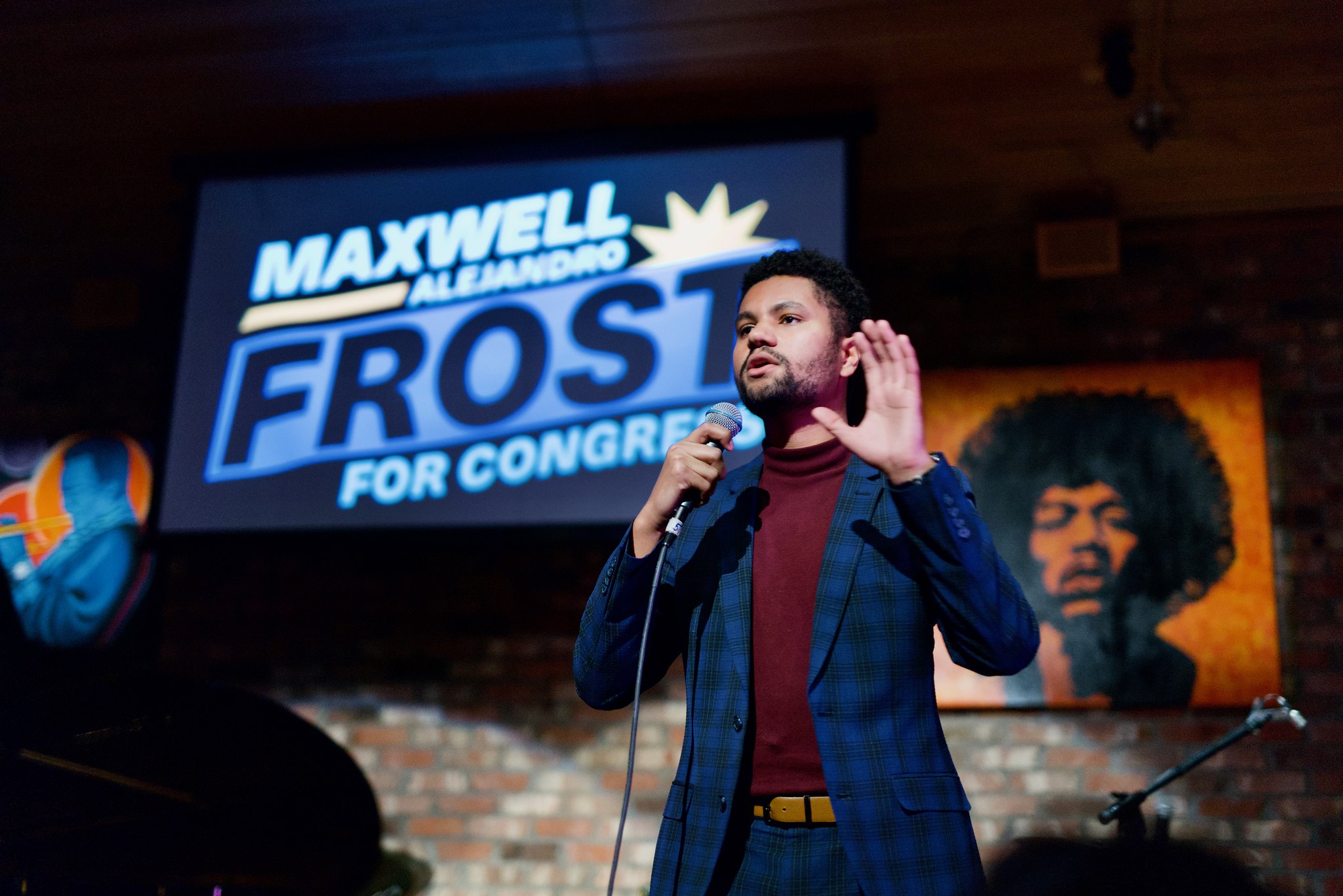 The midterm elections across the United States on Tuesday surprised most pundits and political figures who expected a “Red Wave” of opposition that, though some key races are still being counted, didn’t manifest itself. The night of seat-swapping did include one high-profile win for gamerkind: the newest congressman from Florida’s 10th District, Maxwell Alejandro Frost, is apparently into Kingdom Hearts.

A bilingual Democrat of Puerto Rican, Lebanese, and Haitian descent, Frost is maybe more notably the first member of Gen Z elected to congress—the age group generally defined as being born between 1997 and 2012. At age 25, Frost just crosses that threshold and will become the youngest person in congress when sworn in in January.

It’s become something of a public tradition to scour political figures’ social media archive, especially those who are young enough to have spent their youth on this version of the internet. When Frost won, a 2017 Twitter post of his resurfaced: “Haven’t played video games in years but I’ll always remember how awesome Kingdom Hearts is,” he wrote, linking one of the game’s iconic songs, Dearly Beloved II, in the post.

Gun violence was a major issue for Frost’s campaign, as he previously served as a director for March for Our Lives, a series of hundreds of demonstrations and marches led by students that supported various gun control policies, following the 2018 tragedy at Marjory Stoneman Douglas High School in Frost’s native state of Florida.

Though I’d love to see many more members of government who play PC games, candidates who play games are becoming more common each election as younger people enter government. When representative Alexandria Ocasio-Cortez streamed Among Us with popular figures on Twitch in 2020, she drew more than 420,000 concurrent viewers, enough to place her in the top 20 streamers on Twitch up until that point. Ocasio-Cortez has also talked about her affection for League of Legends, having reached Silver rank 3 during the pandemic. As of 2021, the average age of members of congress is 59 years old.

Does the congressman-elect believe Goofy is a good companion or just annoying? I’ve reached out to Frost’s campaign for comment. In the meantime, here’s a few more folks on Twitter reacting to this discovery.

Between AOC being League of Legends player and Frost being a kingdom hearts fan we are truly getting the gamer representation in D.C.November 9, 2022

I am Congressman-Elect Maxwell Alejandro Frost and I will be the first member of Generation-Z in the United States Congress. WE MADE HISTORY!!! Don’t count young people out. pic.twitter.com/Nd3vr5iPT0November 9, 2022