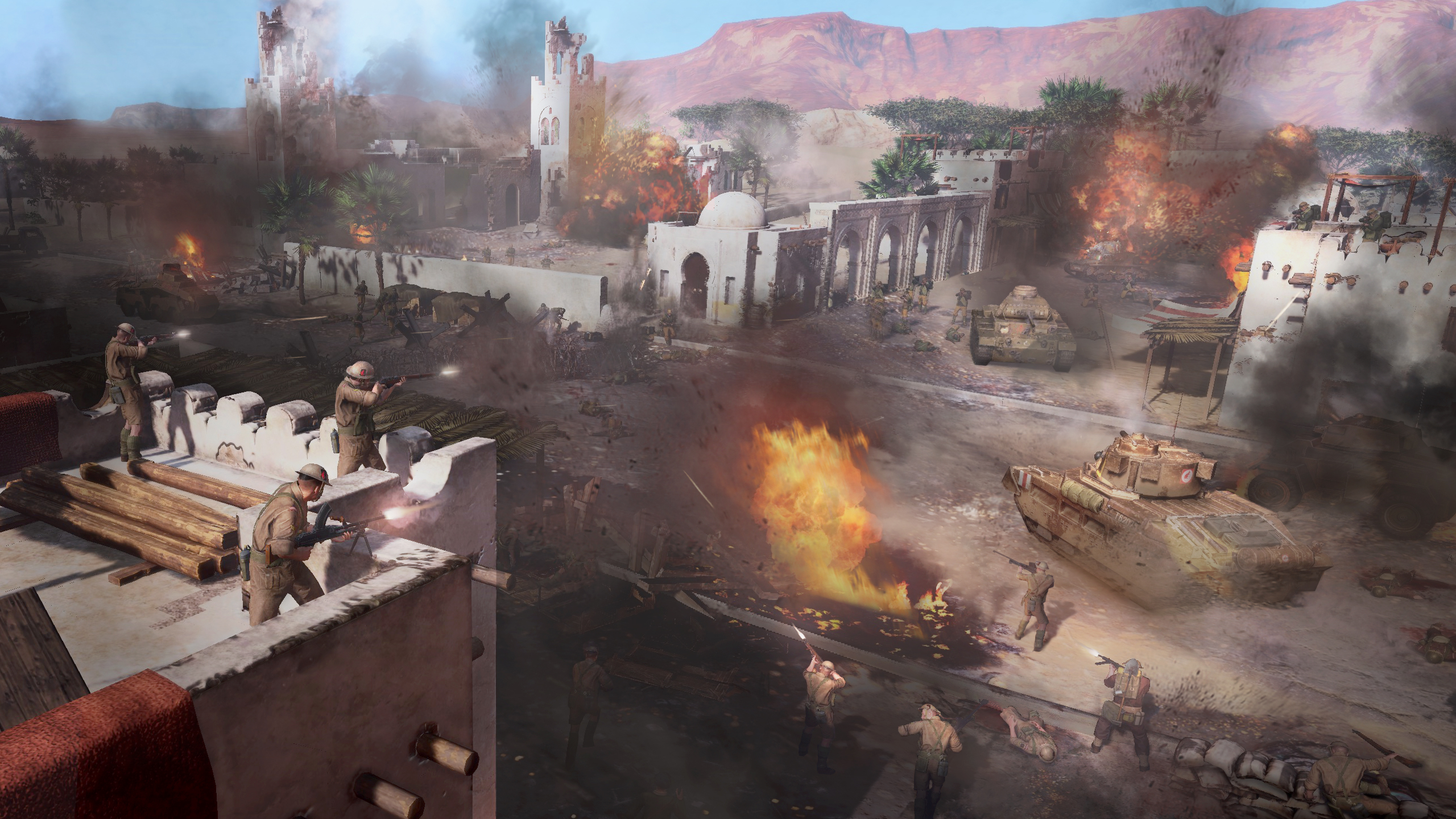 When Company of Heroes 3 (opens in new tab) launches on February 22 next year, players are going to be kept busy. As well as a massive turn-based campaign in Italy, there’s the separate RTS-only North African operation, and then the meaty multiplayer component. That should be plenty, but Relic’s got one more treat for us, courtesy of the community: mods.

If you didn’t know Company of Heroes 3 was going to have modding tools, you probably expected it anyway; Relic’s games have always inspired modding communities to sprout up alongside them. But often when a game launches with mod support, you still end up having to wait for the modders to tinker with them. That shouldn’t be an issue this time.

Relic’s been working with modders and map makers since the very start—before Company of Heroes 3 had even properly started production. They were part of the community council who have been providing feedback and ideas for years. That means some modders already have access to the tools, which is good news for the rest of us, because it means that there should already be some available for download right on day one.

“So we have some of our community council that are going to be making some mods,” executive producer David Littman tells me. “And the idea is to have them at launch. Players can go to the mod page—it works through Steam Workshop—and boom, there are some mods on day one. So that’s the goal. I can’t say for certain, because things happen. But yeah, that is the goal: we’re getting them in the editor before we ship.”

Modders will be using the Essence Engine editor that Relic already uses to make maps, modes and tuning tweaks. “They have incredible power,” says Littman. And what they get on day one won’t be the full extent of the tools. Initially, you can expect to see maps, modes and tuning packs, but Relic’s goal is to eventually let modders make entirely new campaigns and big overhauls. This means, if you’ve been pining for more Dawn of War, you may end up seeing it recreated in Company of Heroes 3.

In multiplayer, you’ll be able to use mods in custom games, but Littman says that, if a custom map proves to be especially popular, it may eventually be included in the regular multiplayer map pool, which also happened in Company of Heroes 2.

I got another chance to check out Company of Heroes 3 (without mods) recently, and even if you’ve played some of the alpha slices, it’s well worth taking a look at how it’s been changed by player feedback (opens in new tab). Relic’s been doing a lot of tinkering since the last time it let players check out the campaign, back in 2021, making changes to the UI, graphics and even major features.