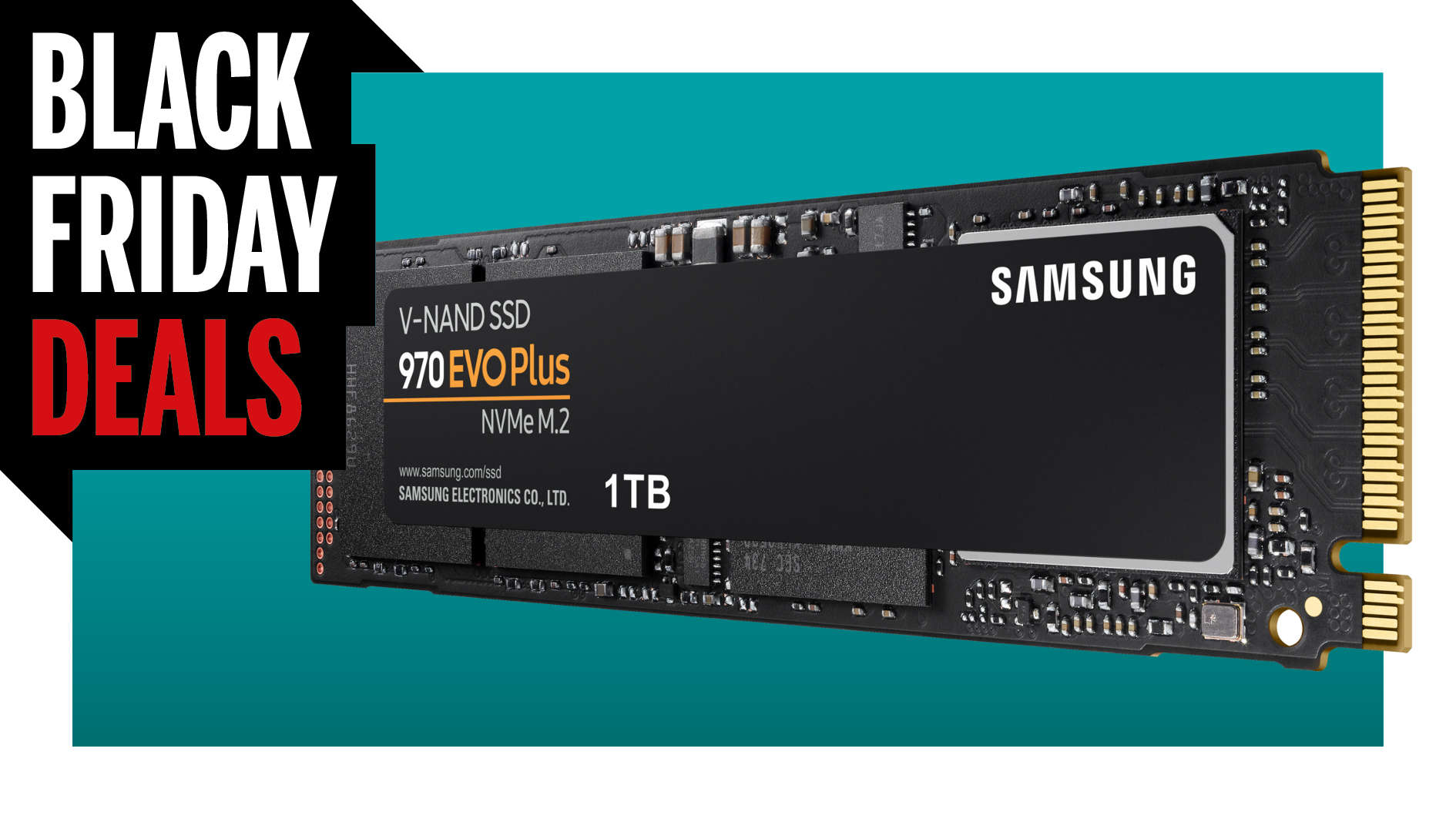 Black Friday is coming, and you know what that means. Black Friday SSD deals, baby! If you’re still using an old HDD, it’s time to upgrade to a speedy SSD. Or perhaps games like Call of Duty: Modern Warfare 2 and Elden Ring are simply taking up too much space on your current SSD. Whatever the case, these discount prices on lightning-quick SSDs and gigantic HDDs should not be overlooked come Black Friday weekend.

NVMe SSDs are the drives you want inside your gaming PC (and your modern games console). They make stellar boot drives and improve your overall Windows experience, but they may also profoundly affect gaming thanks to the imminent arrival of DirectStorage (opens in new tab), which greatly reduces load times. Before shopping, you’ll want to make sure your motherboard has the requisite M.2 slots for an NVMe SSD—as soon as you sort that out, you can take advantage of the deals we found.

Even better, prices are already at a point where there’s no good reason for a gaming PC not to use a solid-state drive even before these Black Friday discounts. You can find 1TB class drives for around $100 / £100 and 2TB of SSD storage for less than $200 / £200. There are even NVMe M.2 drives for newer systems that further improve performance, and the best part is they are pretty affordable.

At a minimum, you want at least 1TB of storage for your new SSD. Anything above that starts to get expensive, which is why most folks wait until Black Friday before pulling the trigger on a new SSD. Below we’ve found deals for all sorts of internal and external SSDs that will hold all your precious games and memories.

Where are the best Black Friday SSD deals?

BLACK FRIDAY INTERNAL SSD DEALS IN THE US

BLACK FRIDAY EXTERNAL SSD DEALS IN THE US

What should I look for in a Black Friday SSD deal?

The main things to watch out for are the same for Black Friday SSD deals as with any other technology bargain hunting you do around this November period. Go in there with an idea of what you want and, above all, what you need. It’s easy to get carried away at this time of year, but if you know how much you want to spend and what sort of SSD you’re after, you’ll be in good stead.

Capacity is a good starting point, and at the moment, we’re looking at some excellent 1TB offers, but a 512GB SSD will still afford you a lot of speed storage for a boot drive, with enough space for your most regularly played games. I mean, they’re not all Call of Duty, right?

Then think about the interface. Chances are, if you’ve been rocking a PC for the last five years, you’ll have an M.2 slot in your motherboard with NVMe support. However, it’s worth digging into the specifics of your motherboard to ensure it can support booting from such drives as not all can. Check out the manufacturer’s pages and maybe forums too.

It’s also worth thinking about which version of the PCIe interface your storage slots operate on. On the AMD side, from the Ryzen 3000-series and up you should expect to have PCIe 4.0 slots on your motherboard, and from Intel’s 11th Gen Rocket Lake chips the same should be true. PCIe 4.0 drives are the current fastest (until Gen 5 drives drop, that is), but they still demand something of a premium.

That said, PCIe 3.0 drives are still incredibly speedy compared to anything that has come before, so you’ll be in a great place with any high-performance NVMe SSD purchase.

There are some things to look out for, however. Some budget PCIe 3.0 drives only operate at x2 speed, which means they’re half as fast as the standard x4 NVMe SSDs. It’s also worth ensuring your M.2 SSD is an NVMe drive. There are some M.2 SSDs that still operate over the SATA interface and can only reach a maximum theoretical speed of 600MB/s, while the theoretical maximum of an x4 PCIe 3.0 interface is 4,000MB/s.