Bears hold the fort at a 50% mean reversion

AUDUSD is trading at 0.6430, flat on the day and within a range of 0.6422 and 0.6436 following a volatile day on Wednesday, suffering a blow on the back of a strong US dollar and yields that rallied due to a soft US Treasury auction. This comes ahead of the US inflation data that will be out today in the US session. Meanwhile, the price is technically meeting a key resistance following a retracement into the 0.6430s, rising from the overnight lows and a slide some 100 pips higher. 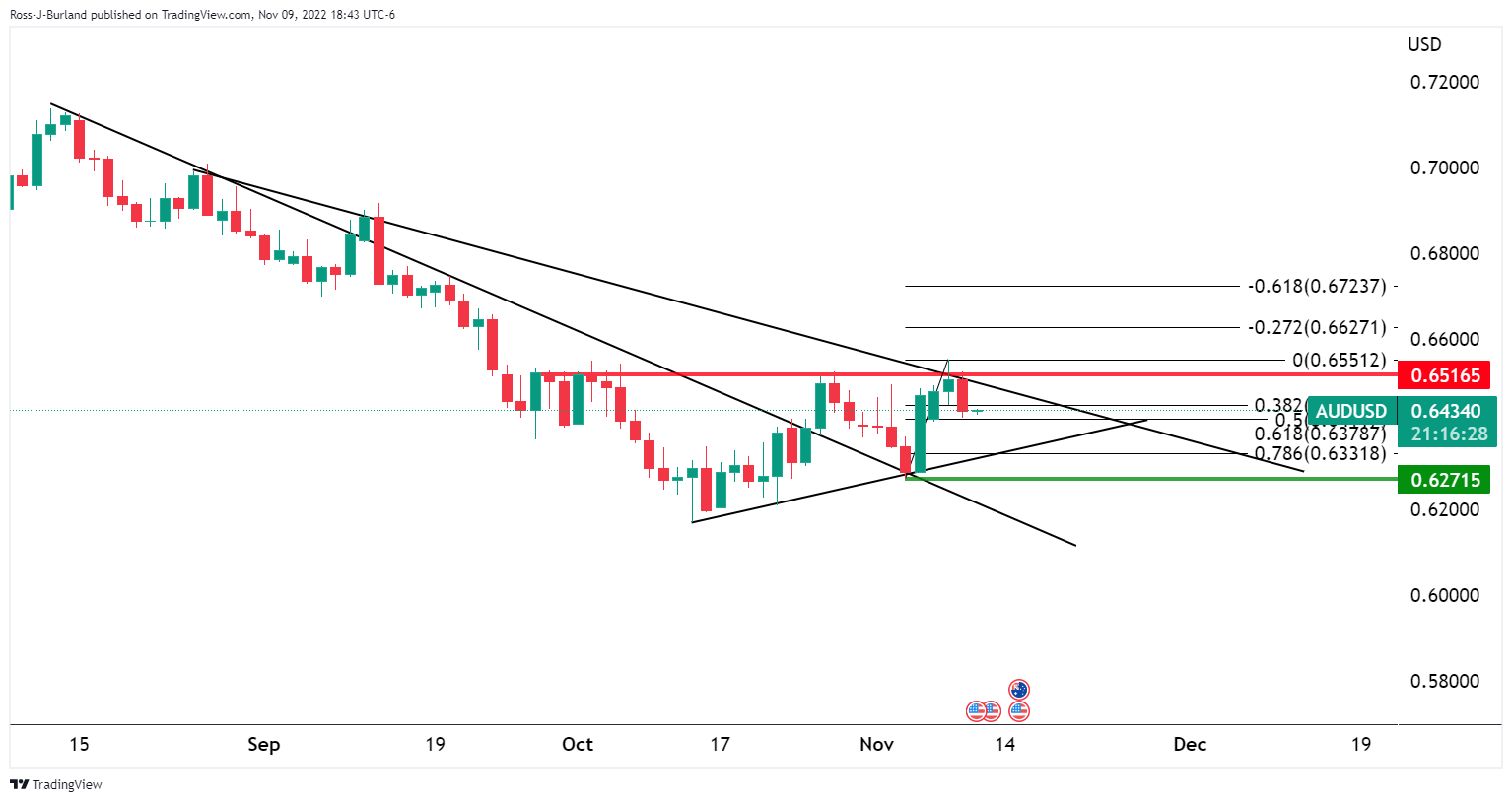 From a daily perspective, however, the price has been building a bullish outlook on the backside of the trendline, albeit now rubbing up against a new trendline resistance as illustrated above. However, the bearish engulfment could be problematic for the bulls while below 0.6500/16.

Meanwhile, the bears are still in play on the hourly chart while below the 50% mean reversion level and there are prospects of a downside extension to test 0.6400 the figure.